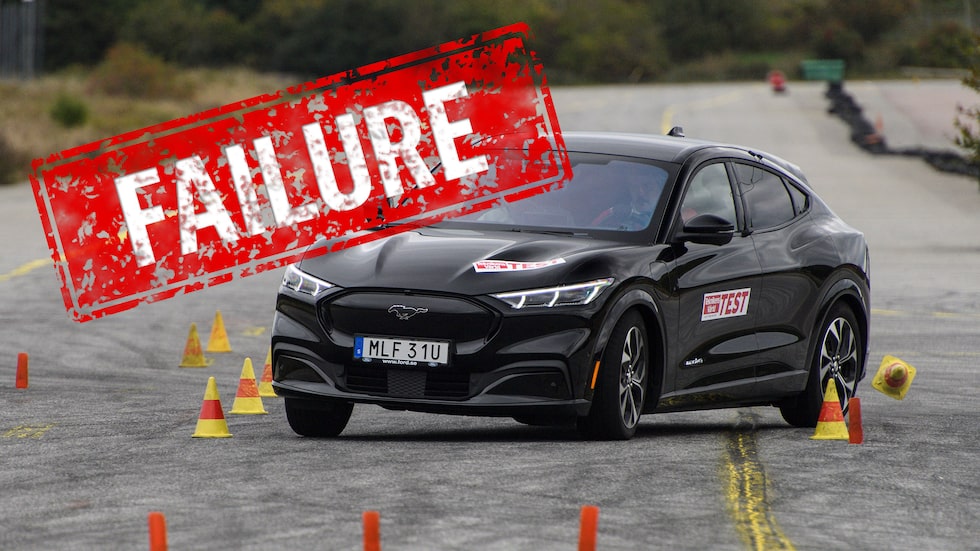 In Teknikens Värld's test, where the electric cars Ford Mustang Mach-E, Hyundai Ioniq 5, Skoda Enyaq iV and Tesla Model Y are compared to each other, one of the car models fails in terms of safety. The Mustang Mach-E underperforms in the avoidance maneuver test that is also known as the moose test.

Due to being too soft in the chassis and too slow steering, it is very difficult to get Mustang Mach-E through the moose test track even at low speeds. When the entry speed is 65 km/h (40.5 mph), we notice that the Ford chassis struggles, and that the anti-skid system does not engage as it should. Mustang Mach-E goes through the moose test at 65 km/h (40.5 mph), and also – with difficulties – at 68 km/h (42.3 mph).

You can read the complete test here!

The behavior is clearly deficient and therefore not approved. Both Hyundai Ioniq 5 and Skoda Enyaq pass the same moose test with an entry speed of 72 km/h (44.7 mph), and Tesla Model Y goes smoothly through the test at 75 km/h (46.6 mph).

The Ford has the highest permitted maximum load, but the difference is only 22 kg compared to the Skoda Enyaq and that is therefore not an explanation for the bad behavior.